How Do You Create a Matrix Survey? Is There a Better Survey Method? 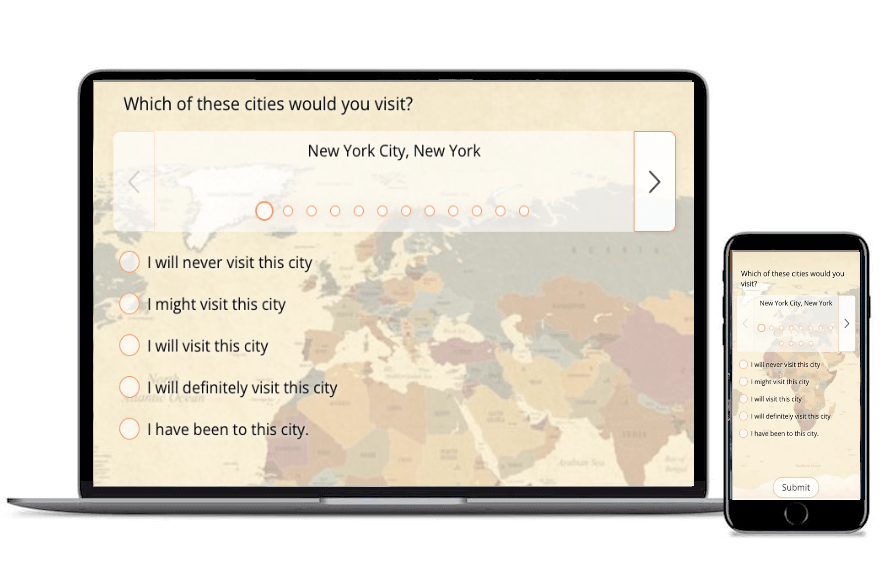 Have you ever been caught in a matrix? No, not the Keanu Reeves movie. We’re talking about a matrix survey. A matrix survey question – which is really nothing more than a number of questions placed within a grid – is a popular type of survey question. However, when done wrong, they can leave survey-takers feeling trapped!

In this blog, we’ll cover the pitfalls of using the traditional matrix question, and we’ll highlight how SurveyLegend has solved for those problems to create our own, superior answer to the matrix survey.

What Is a Matrix Survey?

Matrix surveys are basically bundled questions. Survey creators like them because they’re easy to write, and they can make a survey appear shorter than it actually is because it reduces the appearance of individual questions (studies show that response rates improve the shorter a survey appears).

Here’s a look at a matrix survey. You’ve most likely taken one yourself or at least seen one before. 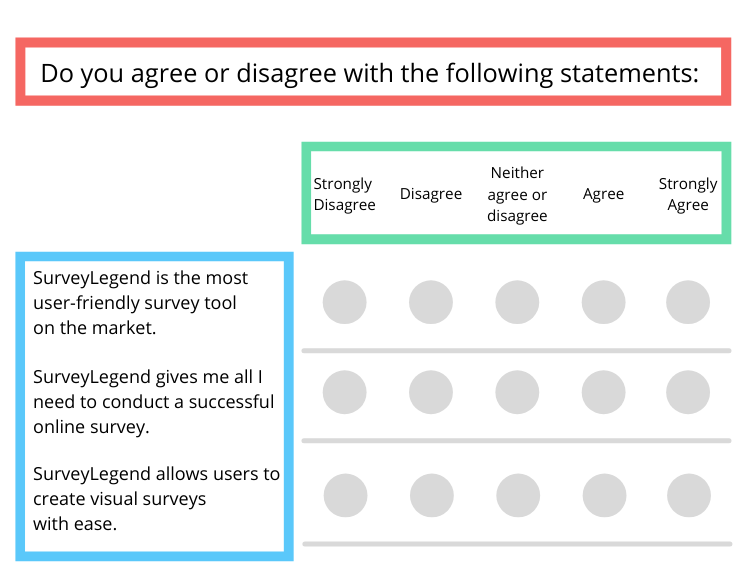 How to Make a Matrix Survey

As you can see from the matrix survey question example above, creating one is easy to do. You simply need to come up with one question (in red at the top) that applies to numerous items (the column in blue on the left). Then, you need to develop your response options, like a rating scale question (the row at the top in green).

Three things to remember if you’re going to create a traditional matrix survey:

The first problem with matrix surveys is that many survey creators will ignore the three tips provided in the section above. Often, they will create far too many response options and add too many items. This becomes overwhelming for respondents, whether they’re taking the survey on paper or on a computer.

When the matrix gets too large, readers could forget which response box means what, or which item they’re currently responding to. This is what we were referring to in the beginning about becoming “trapped” in a matrix.

Of course, when people feel trapped they’ll do whatever they can to become “unstuck,” such as:

That’s not the worst of it. Studies show that more than half of all web traffic is now coming from mobile devices. So, it’s important that any survey be created using responsive design, meaning that text and graphics will automatically adjust based upon the size of the screen.

However, there is no easy way to make a matrix survey responsive; it may still wind up looking like an eye-sore that will turn people off. Even if you attempt a responsive design that breaks up the survey, it’s possible it will be cut off as seen below, further frustrating survey takers.

No matter what, this is a bad user experience and certain to turn off potential respondents. Thankfully, there’s a better way!

A Better Survey Method with SurveyLegend

At SurveyLegend, we do things a little differently! Rather than trap your respondents in a neverending scale matrix, we break up the items in a scrolling horizontal bar; however, the main question and the potential responses remain the same! Below is a live example of a matrix survey created using SurveyLegend!

As you can see with our live matrix survey example, the question is static, as are the response options, while the survey taker can scroll through the items by clicking on the left or right arrow.

Wondering how to add matrices, questions, items, and more? It’s easy. You can learn how to do it here.

One more thing: the mobile device challenge is eliminated with SurveyLegend. You simply scroll through the matrix on your smartphone or tablet, just as you would on the PC version:

Matrix surveys can be a great option when creating a traditional pencil-and-paper survey – if survey creators remember not to let their matrixes become too unwieldy. However, today, with many surveys being conducted online, there’s no reason to stick to the style of the traditional matrix survey. 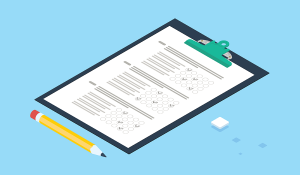 SurveyLegend’s scrollable matrix questions, which have more in common with Likert-scale questions than a matrix in our opinion, offers a superior way to ask one question for multiple items with unchanging response options. It’s the better way to get answers to your questions – and improve your response rates!

Do you use traditional matrix surveys? What do you think about the SurveyLegend version? Let us know your thoughts in the comments!

What is a matrix survey?

Matrix surveys are basically bundled questions. In this type of survey, one question is applied to many items which appear to shorten the length of the survey.

What are matrix interview questions?

Employers will often use a matrix grid when interviewing potential employees online or on paper. In a matrix interview question, one question is asked that applies to many different items.

What is a common challenge with matrix surveys?

Although a matrix survey only has one question, survey creators often tend to include too many items and too many responses which can become confusing for respondents, causing them to drop out of the survey.

How Relationship Surveys Work & Questions to Ask (with Examples)

Relationships: there’s the good, the bad, and the ugly. Some relationships are rocky, while some are smooth sailing. They may be broken but fixable, or completely beyond repair. Either... 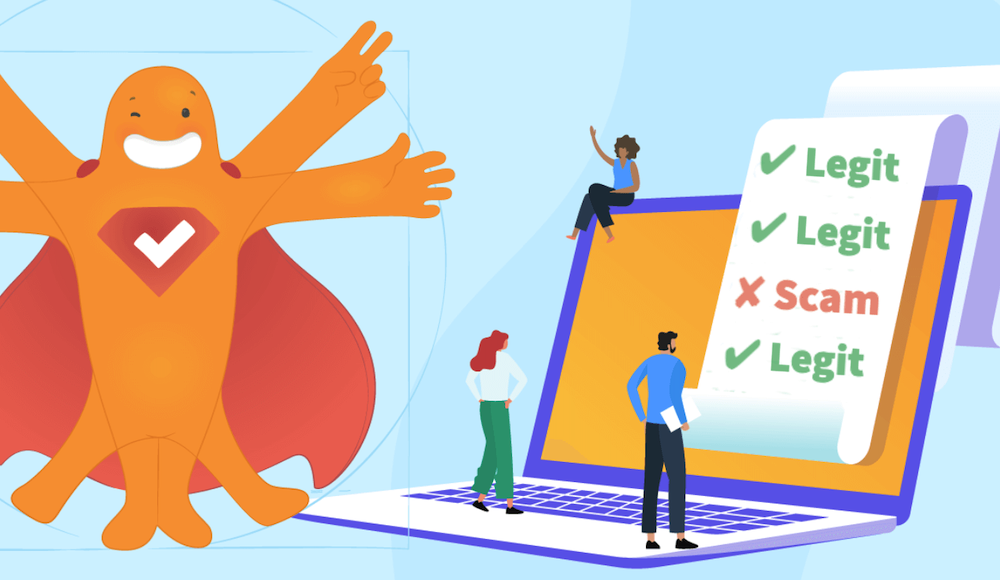 How Online Survey Scams Work and 7 Ways to Spot Them

Are online surveys legit? It’s a fair question. While there are many reputable online survey companies, there are also scammers looking to harm people or businesses in one way... 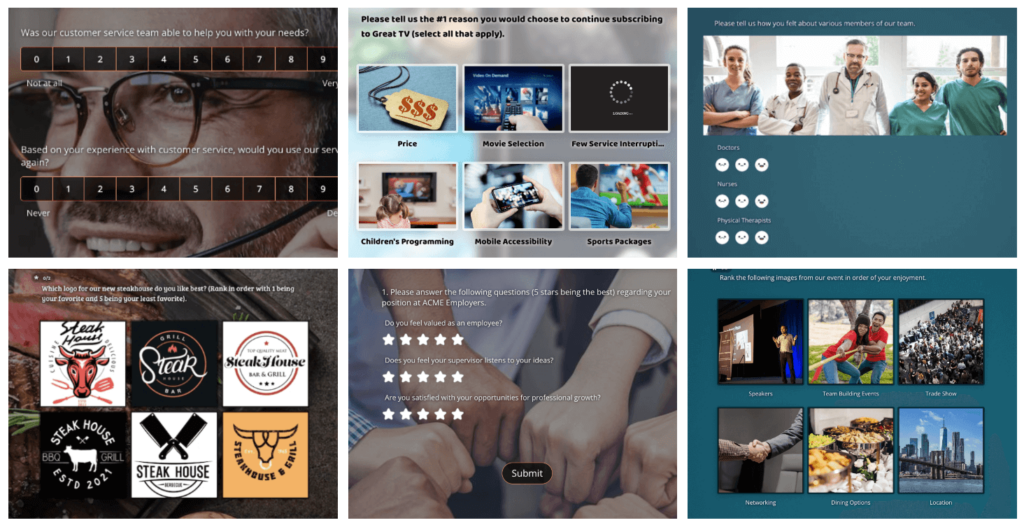 Businesses both big and small often rely on surveys to gather information from customers, non-customers, and employees. Many business surveys have different goals; for example, one survey may ask...