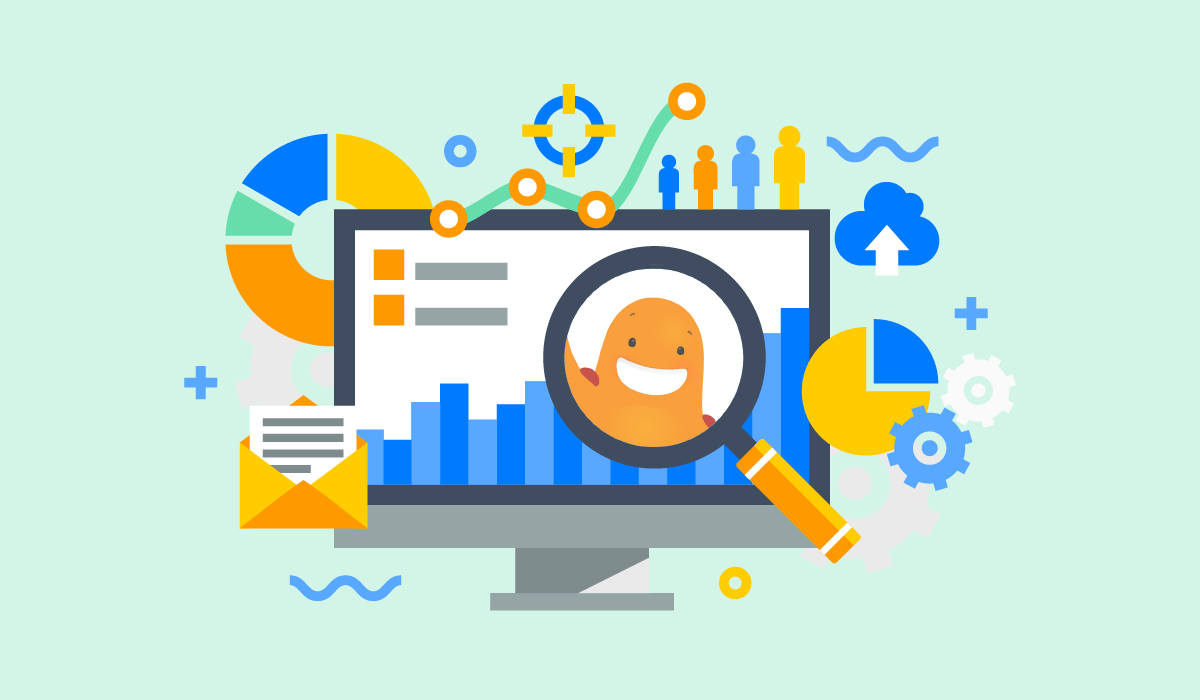 Are you the type of person who works better with a bit of freedom and the ability to “shoot from the hip”? Or do you like things done in a strict and orderly fashion every time? This is sort of like nominal vs ordinal data. Nominal and ordinal data are both considered categorical data variables but are used quite differently.

While nominal and ordinal data are the focus here, it’s important to note the two other types of data measurement scales in research and statistics, interval and ratio data, which are numerical, or quantifiable, data. We’ll touch on those briefly as well later.

What is Nominal Data?

Nominal data (from the Latin word “nomen” meaning “named” data), is data that names or labels variables without a numerical value. The simplest example would be “yes” or “no.” These are two categories, but there is no way to order them from highest to lowest or best to worst. The same could be said for a demographic question like “race.” While there will be numerous categories that can be selected, again, there’s no type of order that can be assigned to them. So, nominal data is used to gather some information about a group or set of events that are limited to just counts. The data type represents a fact, not a preference.

What is Ordinal Data?

Ordinal data is data that is “orderly.” The variables get a number, indicating their ranking on a list. Researchers use this data to assign labels to opinions. For example, when a restaurant asks customers how pleased they were with service, the customer may be able to select 1-5, with 1 being poor and 5 being excellent. So, the numbers have an order or rank, as 5 is clearly better than 1. It’s important to note that although ordinal data assigns a numerical value to an opinion, it’s not a quantitative measure because although a ranking of 5 is better than 1, it doesn’t mean it’s necessarily five times better.

Nominal and ordinal data have an important role in statistics and surveying, so it’s important to understand what you can and can’t do with each of them as well as how to measure them. Ordinal scales usually provide a high level of detail, while nominal scales limit details. Understanding these differences can influence which type you choose and how you’ll analyze your data.

Data analysis will be different depending on whether you choose a nominal or ordinal scale. During analysis, nominal data is grouped into categories usually with a percentage (40% said yes, 60% said no). For original data, more complex computations are performed, often determining the mode, median, and other positional measures like quartiles, percentiles, etc.

The types of questions you ask will likely vary depending on whether you are collecting ordinal or nominal data. Nominal data collection often involves yes/no questions, thumbs up/down, or multiple-choice questions. Nominal-minded questions are also sometimes open-ended (allowing the person to write in a response). For ordinal questions, most researchers will employ a likert scale, interval scale, rating scale, etc. Even though these collection techniques differ from each other, a single questionnaire could use both nominal and ordinal data collection techniques (and many surveys do).

Unless you’re offering incentives or have a very engaged audience, nominal data collection is typically more time-consuming for participants and less likely to get high response rates. That’s because they have to consider multiple choices or “fill in the blanks” of an open-ended question which some may find tiring. On the other hand, ordinal data simply required them to choose from a scale, simplifying the process. Emojis can even be added to the numbers (1 = 😠, 2 = 😔, 3 = 😑, 4 = 🙂, 5 = 😀) making the survey even more fun or user-friendly.

Ordinal data requires people to select from a scale, which is great for data analysis but doesn’t offer respondents freedom of expression. For example, if someone is going to rate service as poor, they may want to write in exactly why it was poor (for example, they may want to explain that the waiter was great, but the food was terrible). Of course, researchers can choose the option to provide an ordinal scale followed by a nominal, open-ended question (tell us more about your experience…). This gives a business an idea of a customer’s satisfaction level and what influenced their feelings.

Going hand-in-hand with #4 is the matter of inclusiveness. With ordinal variables, respondents are restricted to a set of pre-defined options. This is also true of many ordinal questions, which often rely on multiple choice. However, ordinal questions can also be open-ended, providing freedom of expression by allowing people to write in their responses. So, for example, when asking about gender, respondents write in their answers so that they’re not locked into a strict male/female answer for non-binary or transgender individuals. This allows them to identify as they choose and keeps the survey more inclusive. Read more about DEI (Diversity, Equity, and Inclusion) Surveys.

Giving respondents the freedom to express themselves can come at a time cost for researchers, which should also be considered based on how quickly results need to be compiled. Nominal data, while often providing valuable insight, can also include irrelevant data that analysts will need to weed through. So, it’s important to weigh what you hope to achieve with the research or survey when deciding which type of data to collect. Consider a question about the performance of a president. In an ordinal question, you may ask a respondent to rate the president’s performance; now, the respondent may be happy with the job the president is doing, but find a recent personal scandal embarrassing. So they assign a 2 out of 5, which reflects poorly on performance even though that’s not the issue. A nominal, open-ended question, however, could have differentiated between performance and the scandal.

Finally, how easily do you need to compare responses? Nominal data isn’t always easy to compare; a question could have 8 multiple choice answers, leading to a wide variety of possibilities, or open-ended questions which can be hard to assign value to. On the other hand, ordinal data is very easy to compare, making it extremely convenient to group the variables after ordering them.

Just to keep you informed on the other types of data used in research and statistics, interval and ratio data, we wanted to briefly cover them as well. This data is classified as numerical, or quantifiable, data. Ratio variables begin with zero representing equality between two things (versus ordinal which don’t represent equality between things, as previously mentioned). Ratio data represent relative differences. For example, comparing the population of the United States to China, a ratio variable might take the US as the zero-base with 311 million people, which gives China, with 1.3 billion people, a ratio value of 4.29. That means China has 4.29 as many people as the United States.

Interval variables, on the other hand, have the ability to dip below zero. They hold no true zero and can represent values below zero, for example, in the case of temperature. It’s possible to measure temperature below 0 degrees Celsius, such as -10 degrees, requiring an interval scale. Measuring height or weight? These go from 0 and up, requiring a ratio variable.

When embarking on a study or survey, it’s important to decide whether you want to collect nominal or ordinal data. Of course, you can also choose a combination of the two. There are many considerations to make when deciding which is best for your research, which we’ve outlined here. When you’re ready start your nominal or ordinal data survey, SurveyLegend is here! Our surveys are easy to use and you can choose which type of questions to ask and which type of data you want to receive back. Be sure to download our guide How To Write Survey Questions Like an Expert for more information!

Which type of data collection do you prefer, nominal vs ordinal data? Or, do you prefer a combination of the two? Let us know in the comments!

What is nominal data?

Nominal data adds a name or label variables without a numerical value. Answers are typically yes/no, multiple choice, or open-ended.

What is ordinal data?

Ordinal data assigns numbers to answers to indicate a ranking. Use Likert scales when asking someone to rank their level of service following a transaction.

What are the advantages and disadvantages of nominal and ordinal data?

Nominal data gives respondents more opportunity to express themselves, allowing them to choose multiple answers or filling in open-ended questions. However, this can make it more difficult to analyze. Ordinal data is very easy to compare and allows researchers to quickly come to conclusions. However, it doesn’t provide context to the answers. So, many researchers use a combination of the two.

What are nominal vs ordinal data examples?

An example of a nominal variable would be the demographic question of “race.” Respondents can choose between multiple answers. An ordinal data example would be asking someone to rate the level of service they received. 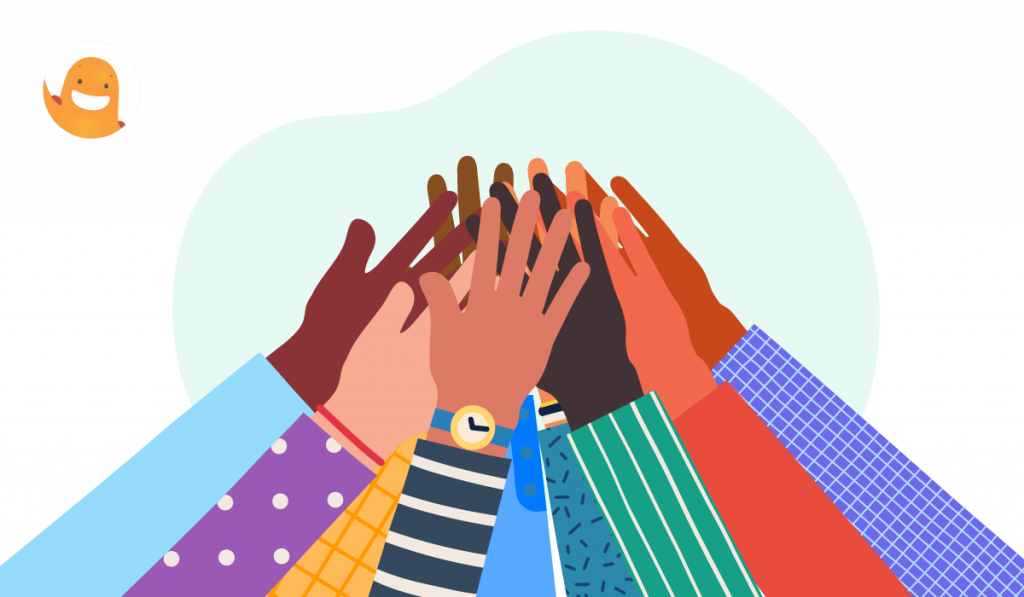 What is DEI and How Do You Create a DEI Survey?

Today’s workforce is evolving, and now, diversity is more important than ever. Generation Z has begun making their mark in the workplace, and they are the most diverse generation... 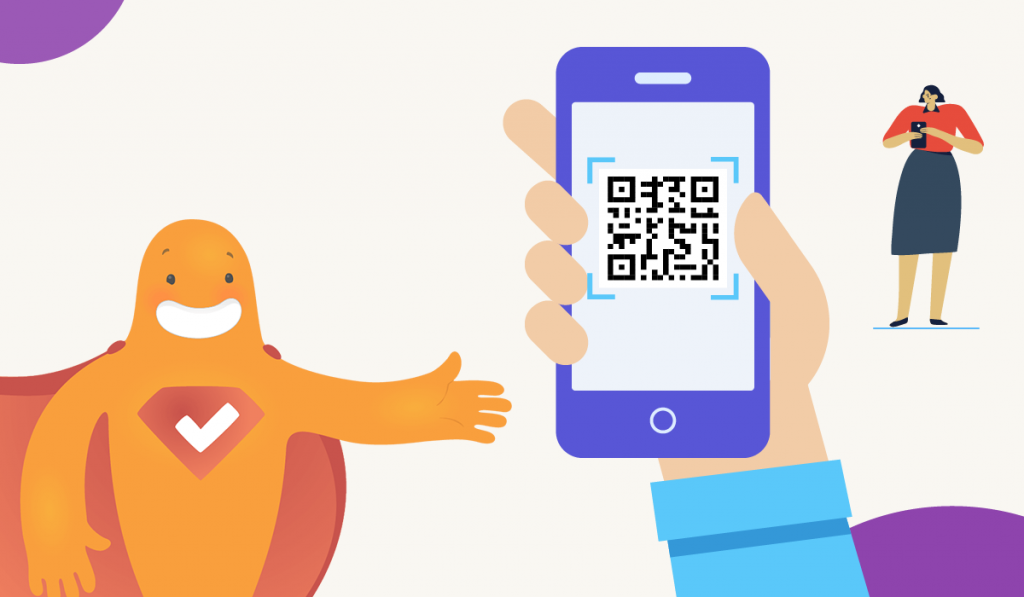 Remember when you first started seeing those weird, black-and-white barcode-esque squares – themselves comprised of many smaller squares – on everything from posters to products? It was probably around 2010,...

Summer, 1985. Mikhail Gorbachev has just come into power. Back to the Future hits theaters. And Coca-Cola releases “New Coke” to combat dwindling sales. The consumer backlash over the...